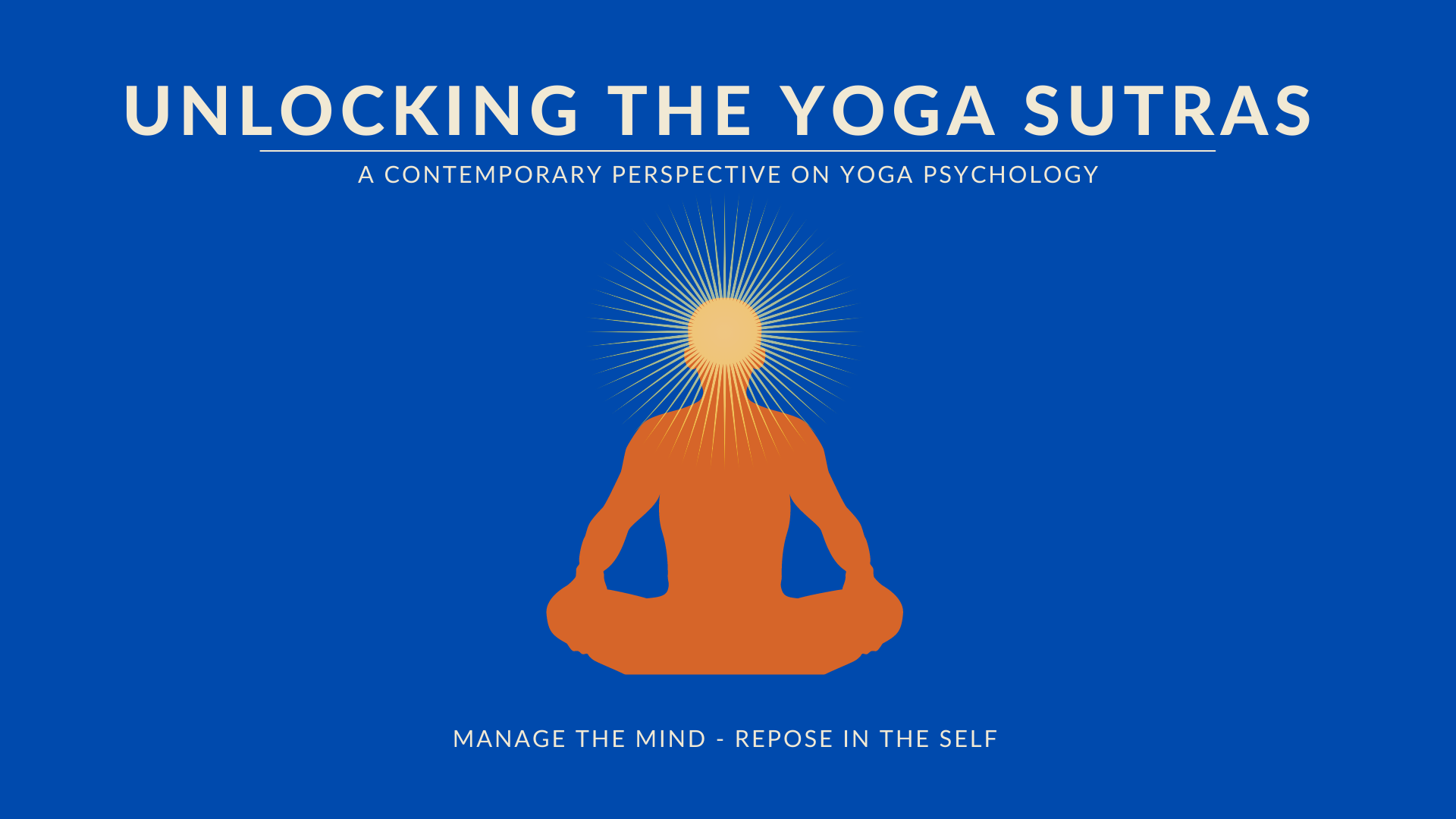 In this workshop Swami Shankardev bring's his decades of experience to clearly and systematically elucidate vitals aspects of the Yoga Sutras with a view to furthering one's understanding and practice of Raja Yoga.

This workshop was conducted in four sessions held in February and March of 2021. Each session includes approximately an hour of lecture and thirty minutes of practice, followed by a discussion.

Patanjali’s Yoga Sutras, which form the system of Raja  Yoga, the King of Yogas, are a shining star in the pantheon of sacred yoga texts that illuminate the path to the Self. Though the techniques of Raja Yoga are difficult to master the Sutras summarize the essence of the highest yoga.

The first three sutras of Patanjali summarize the whole of the practical aspects of yoga philosophy as a philosophical system.  The rest of the text is a manual of how to achieve union with the highest Self.

Raja Yoga is paired with Samkhya, the Indian system of cosmology, which is the theoretical basis on which all Indian philosophy is based.  To really progress on the path of yoga it is helpful to know about Samkhya as it enables the aspirant to navigate the path from limited, conditioned ego consciousness, to awareness of the highest Self.

Accredited Satyananda Yoga Teachers may use their discount codes at any time.

Swami Shankardev is a western medical doctor, yoga Acharya (master teacher), yoga therapist, psychotherapist, author and teacher. His work integrates western mind-body medicine and psychotherapy with eastern methods of mind-body development and awakening consciousness. In his medical practice he treats chronic physical and psychological diseases by combining western medicine with yoga, yoga-tantra, Ayurveda, and other systems of self-development. As the co-founder and director of Big Shakti, Swami Shankardev collaborates with Jayne Stevenson, his partner and a true healer in her own right, on the company’s evolution. He also provides direct support to students through group webinars and private consultations. Swami Shankardev’s journey in yoga started after he attained in medical degree in 1976; he travelled to India to study at the Bihar School of Yoga, where he remained for 10 years. During this time he wrote several books on yoga and yoga therapy that are still in print (see below). Over the last 40 years, he has travelled widely through many countries, learning and teaching esoteric Eastern traditions. As a result, he has had a broad range of both inner and outer experiences, and many wonderful synchronicities. These experiences have convinced him of the validity of yoga and meditation as incredibly potent ways of rejuvenating ourselves, of uplifting our minds and hearts, and awakening greater insight into the nature of life and the world we live in. 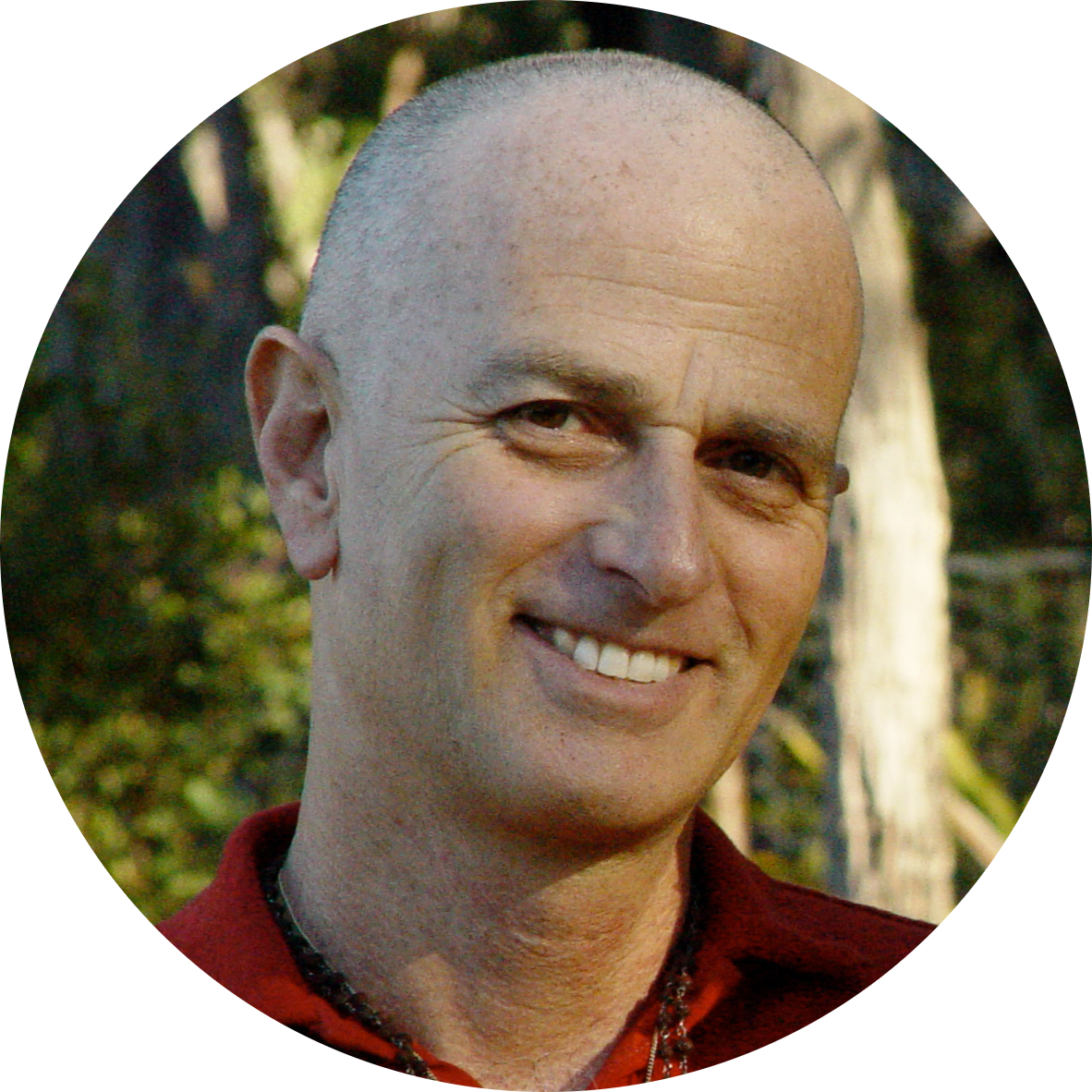 Swami Shankardev has a unique gift for presenting Ancient teachings within a contemporary context. His skilfull use of language and vast knowledge of Yoga and Tantra provides enormous inspiration and guidance for anyone wishing to improve their understanding of themselves and their relationship with the World around them. Whether you are an experienced practitioner or a newcomer to Yoga and Meditation you will find his Webinars will enhance your life and consequently those around you. The beauty of his courses is that they combine Philosophy with Practice that enables the information to be digested on many levels.

Many thanks for organising this clarifying and engaging course on the Yogasutra. It has encouraged me to develop a more realistic approach to the aims of the Yogasutra and given much material for further study and practice. Sw Shankardev also gave us a lovely sense of shared time and space across the globe making online teaching a comfortable and enjoyable experience. I appreciate the invitation for further questions and consultation and at the conclusion of the course I feel lightness, contentment and an openness to inspiration and possibilities. Om Shanti Shanti Shanti